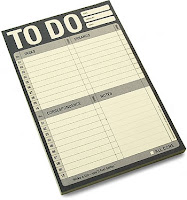 so as i type, i am sitting here waiting for confirmation from the boy that it is officially over. i have actually been waiting on this for nearly a week now and have lost patience and am feeling a little over it all. so to occupy me over the past week i have started lining up my new to do list which will be put into effect as soon as the confirmation email/call has been received. i’ve attempted to prioritize them and then i can also keep a tab on where i stand once it has all kicked off.

100 just text me about meeting up tomorrow, so that will be good. and that means i will get him first. nice to ease back into single sex with an old friend. i have to loose any nerves i have cause from now on, i dont say no, and i dont let any opportunity pass me by.

...realised i am everyones dirty secret

Tue Jul 13 , 2010
so after a particularly traumatic experience last night, that i will write about later, i have come to realise that i am everyones dirty secret. as ex 1 left last night he kept repeating over and over, please dont tell anyone, lets just keep this between us, i dont want […]

…first has sex in the Bus.

…finally got to have the sex I’ve been talking about!