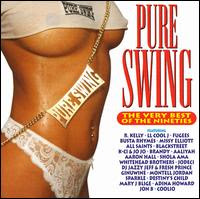 my sex drive is going sky high at the minute and i cant stop getting insanely horny no matter how much i am fucking. case in point, now. i have had a big weekend of it. thursday i got a new one, 109, very hot, has a gf, older, amazing in bed. we stayed up all night fucking. i love it when i look back on a night and realise the first person i saw and thought was hot, ended up in my bed. did that again on friday night. saw a total cutee, 110, at the pub, who was definitely a new face. later there was a room full of girls preying on this boy who was from out of town and staying at the place we were partying. he went to bed and i really wanted him so after about 10 minutes i went into his room and told him i was over the party and we should watch a movie. we both knew it was bullshit and i ended up just blowing him and fucking him for ages, while he just lay back. he kept saying, you fucking love sex dont you? after we were done i got straight up and told him id leave him to get some rest before work in 3 hours and left. im pretty sure i had just used him to get exactly what i wanted. but unlike the reverse, when a girl uses a boy, at least he gets to cum. i went home to bed, but when i woke up at 4pm i was insanely horny. luckily 107 was online and feeling the same way. so he came straight over for some fucking and take away pizza. pretty ideal. then i left him to go out with the girls. 109 had already text again and was super eager to meet later. so we sent each other dirty messages all night until we couldnt wait any longer. obviously that wasnt that long as thursday night was so hot. i picked him up on the way home and we started fucking pretty much as soon as we got in. he is so good. despite loving and having a lot of sex, fucking him makes me realise what sex really is and how is should feel. we stayed up till about 6am doing this and after some sporadic sleep he left this morning. quite excitingly i realised i had got 3 in 24 hours. i think that is a joint record with a couple of other days. now its sunday lunch time and im planing how to end my big weekend.

...had a boyfriend holiday

Sun Sep 5 , 2010
this week i have discovered a brand new and exciting experience that i have thought would be a good idea. and worked really well. i had a boyfriend holiday. i was away at a festival the other weekend DJing and stage managing, and met a boy there, 113, on the […]

…first has sex in the Bus.

…finally got to have the sex I’ve been talking about!